"I have a motorbike income."

"To explain the lure of speed you would have to explain human nature; but it is easier understood than explained. All men in all ages have beggared themselves for fast horses or camels or ships or cars or bikes or aeroplanes: all men have strained themselves dry to run or walk or swim faster. Speed is the second oldest animal craving in our nature, and our generation is fortunate in being able to indulge it more cheaply and generally than our ancestors. Every natural man cultivates the speed that appeals to him. I have a motorbike income."


The enigmatic T.E. Shaw, known as "Lawrence of Arabia," was an apostle of movement. His writings on mobility in military strategy sound more like meditations for free movement of body and mind. Perhaps the central motif of his life was the use of machines to achieve a kind of physical and mental liberty.

Lawrence began his adult life with a monumental bicycle journey through France, ironically to study medieval castles, followed by an 1100 mile hike through the Middle East to study Crusader castles. I say "ironically" because there's nothing more heavy and static than a castle, and few things lighter and more efficient than a bicycle. Lawrence wrote a book about castles and knew a lot about static defense.


Later, he was recruited to do intelligence work under the cover of archeology in the Middle East. 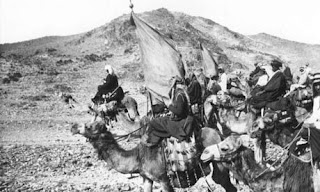 During the First World War Lawrence was sent to stir up trouble by encouraging the Arabs to revolt against the Turks. Through a series of brilliant strategic and psychological insights, Lawrence steered the Arab tribes to military success and thus a position of influence in postwar negotiations. 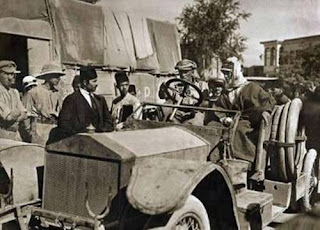 It was romantic work and consisted almost entirely of moving around the desert "like a vapour", as Lawrence later wrote. As a guerilla leader, he made movement itself his strategy. 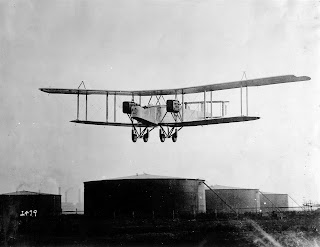 As the war concluded, while shuttling between England and the Middle East, Lawrence flew extensively (as an interested passenger) in  Handley-Page bombers and was in several accidents, once seriously injured. 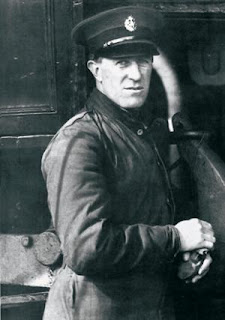 After the war, Lawrence struggled to find a role in British society. He refused military honors and political appointments. Changing his name to first to "Ross", and later to "Shaw" he took refuge as a private in the Royal Air Force where he worked as a mechanic and clerked in repair shops.

In addition to military aircraft, he was involved with the 1929 Schneider Cup races, which Britain won with this precursor of the famous "Spitfire". 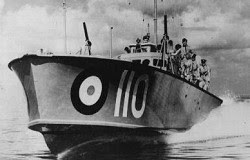 As "Aircraftsman Shaw" he played an important part, "leading from below", as one author said, in the development of revolutionary high-speed boats for rescuing downed airmen  . . . 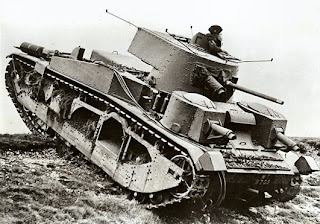 For a two-year period, Shaw was banished from the Royal Air Force for being a PR problem, due to his notoriety from the Arab Revolt. During that time he tried to hide as a mechanic in the Royal Tank Corp, again chosing service that represented speed and mobility.

He preferred air service to tanks, however, and successfully lobbied to be reinstated as an ordinary aircraftsman.

Shaw developed a friendship with George Brough, and with a little help from well-to-do friends was able to afford a series of top-of-the-line motorcycles. In the last photo of him alive, he sits on his bicycle, which he reportedly rode up to 60 or 70 miles a day around southern England. At the same time, he became part of the culture of arts and letters in England through his literary activities, and counted many famous writers among his friends and admirers. 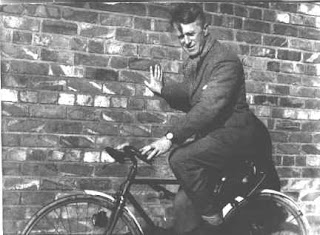 Incidentally, he's usually described as having died "swerving to avoid" two boys on bicycles, which sounds heroic and self-sacrificial. The truth is he clipped one boy's bike hard enough to fold up the rear wheel and frame. The young rider received a bump on the head. I'm not faulting Shaw since nobody knows exactly how the accident unfolded.